The Extra Mile: What A Man’s Shoes Say About His Walk With Christ [SATIRE]

Many of you have seen this meme going around the internet: 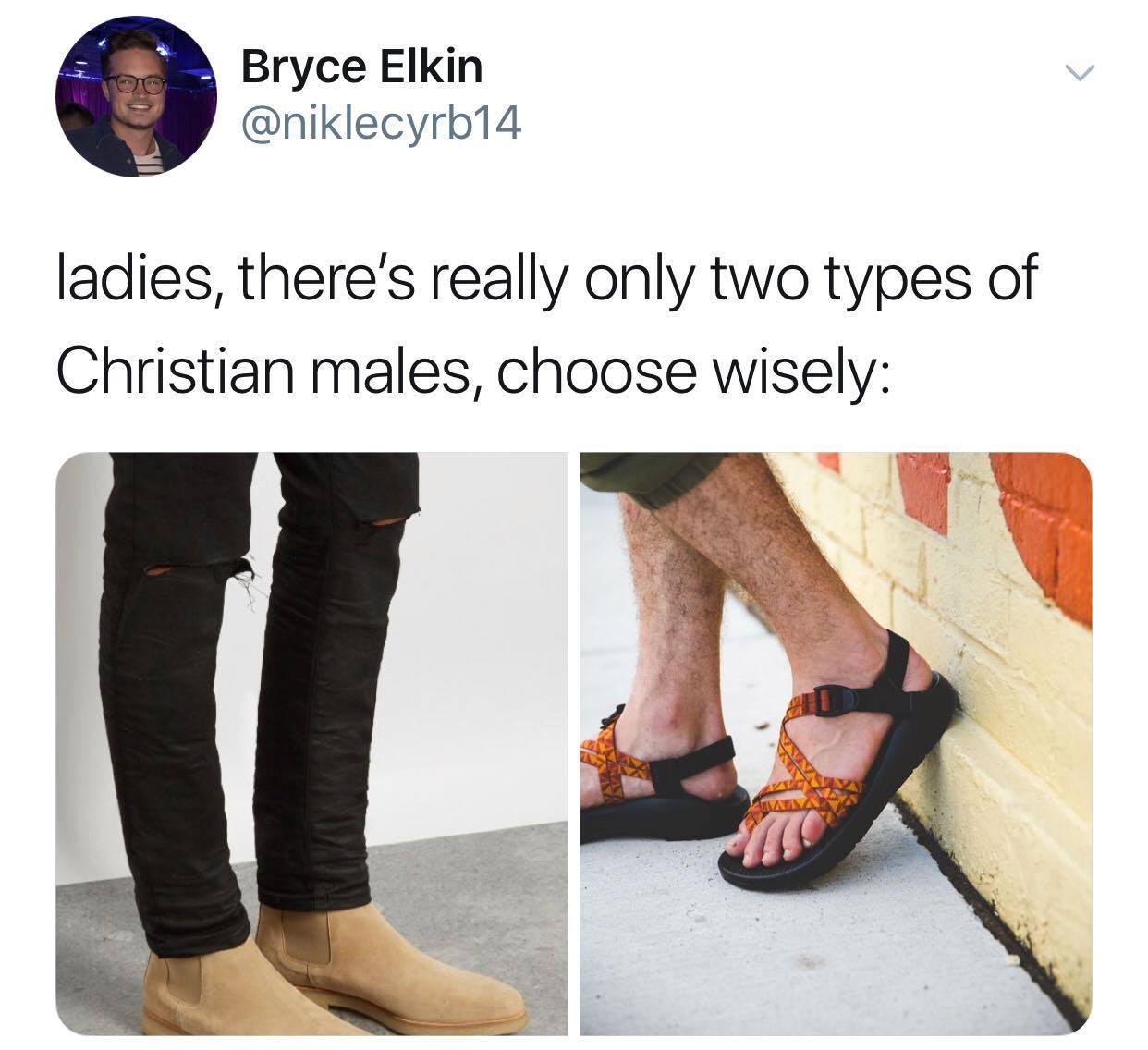 However, these are only two out of many different kinds of Christian men in the world. What you see above are the “Worshiper” (left) and the “Peace, Be Chill” (right). Certainly, popular in today’s post-millennial Evangelical world. But that’s not even close to all of the wonderful selection of Christian men we have to offer to all of you ladies. So, if you’re a Proverbs 31 Woman, take a look at these other popular models: 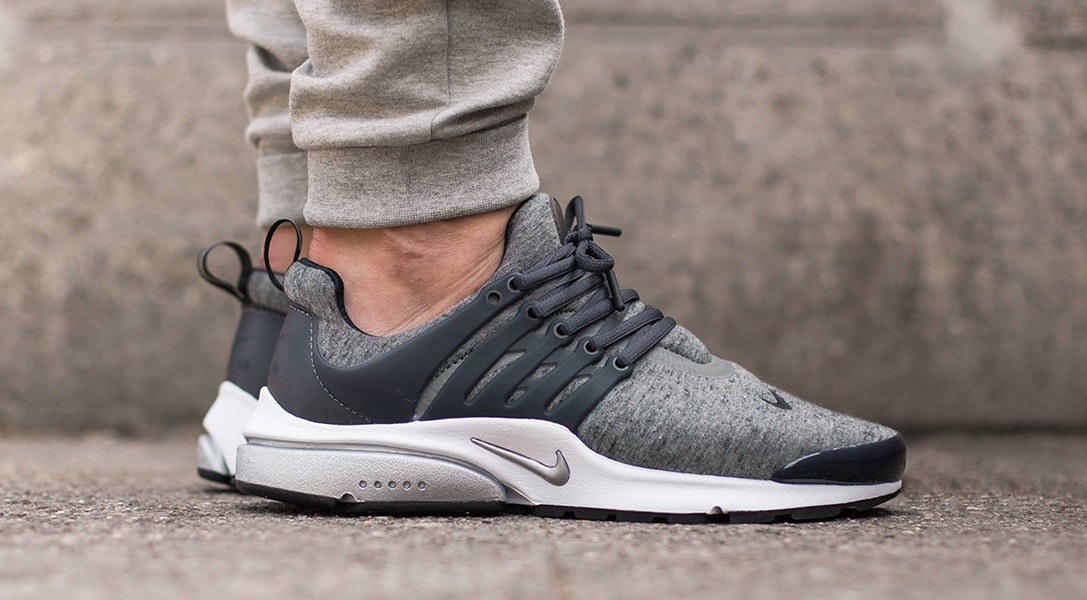 Here we have the “Saturday AM Study Groupie.” Often seen on college or seminary campuses, with a Bible in one hand and a knock-off Starbucks in the other, working hard to brave the early-morning sunshine without working up a pre-sanctification sweat. 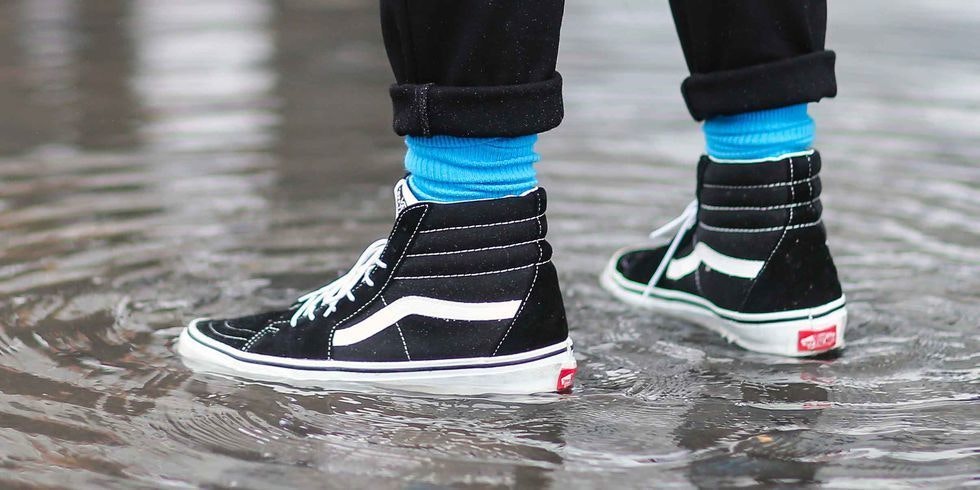 The “Charismatic Converse Convert.” Spends hours discussing the miracles he’s performed, the healings he has administered, and the signs he’s seen, and then runs away across the Sea of Galilee when you ask him for proof. 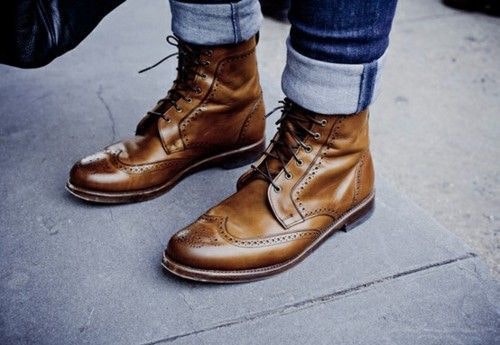 The “Seminary Student” can be identified by the semi-casual dress-boots. These high-top leathers, along with the rolled pants-legs, are necessary to help safely wade through the rising waters of uncertainty and confusion surrounding a first-year seminary student. The pants are progressively rolled down further each year, as the student learn how to safely negotiate the swampy terrain of poly-denominational theology and seminary politics. 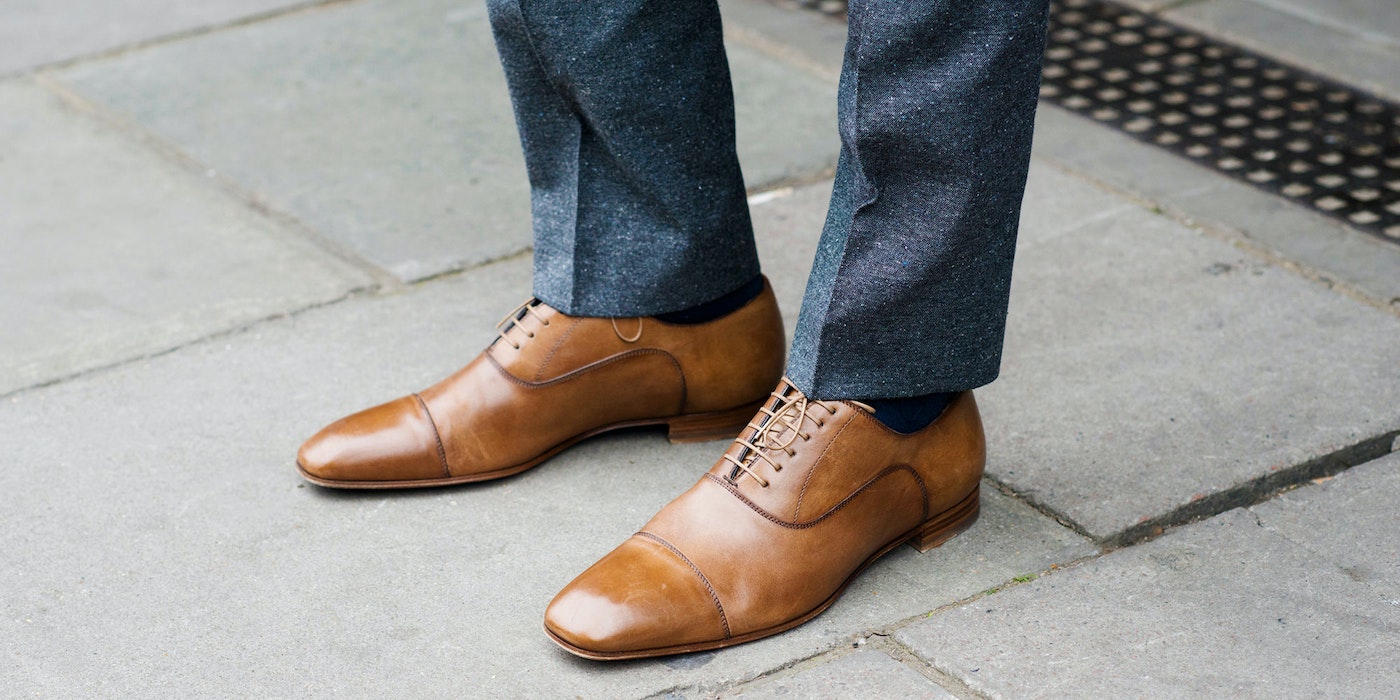 The “Seminary Grad.” The hem of the pants now hangs even with the ankle, just making contact with the top of the foot. This is to signify that as a seminary graduate, one no longer has to step as carefully. Now, having earned a master’s degree, one is allowed to form one’s own opinions.

The “ESV Only” is often also a graduate of a seminary, or close friends with one. Found at conservative coffee shops, reformed conferences, or Southern Baptist churches, the ESV Only tends to spend less time perfecting religion and more time turning theological snobbery into an artform. 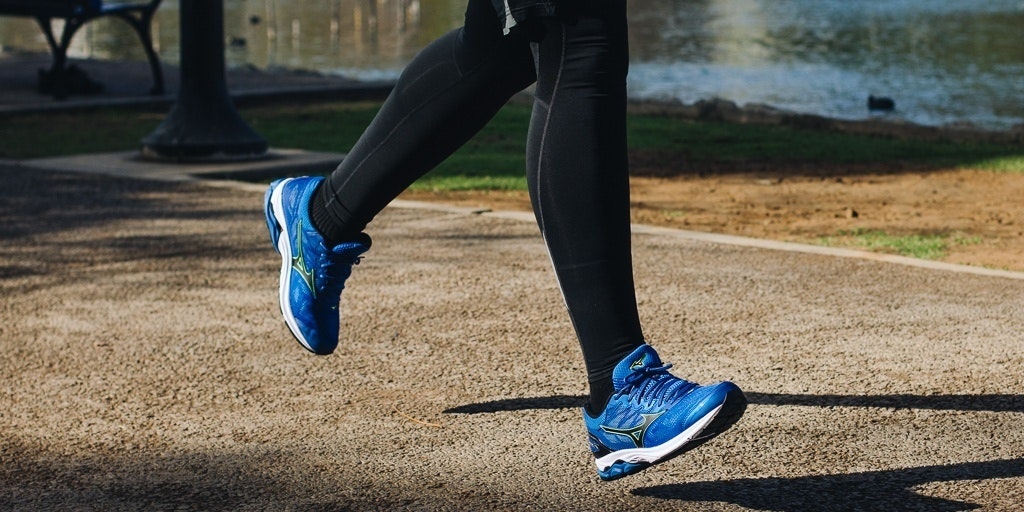 The “Run the Race” (A.K.A. the “Cross Trainer”) is the active version of the “Saturday AM Study Groupie.” Typically, they can be seen around city streets, early in the morning, or in parks with ducks, running and chanting to themselves “Walk and not grow weary. Run and not grow faint.” They rarely carry a Bible, but oftentimes you will see them with their crisp, bleached-white earbuds in, listening to the Bible on audio while they walk, or their favorite Hillsong jam when they need to really run for the glory of God. 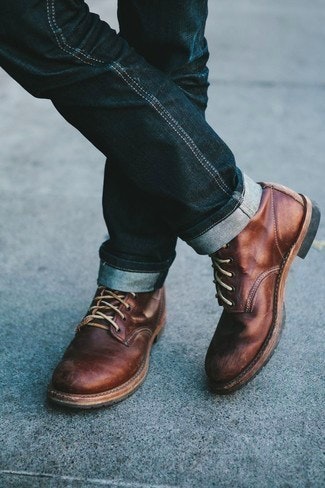 Then there’s what we call the “Basic Godly Guy Starter Kit” (also known as the “What I Really Want in a Husband”). This particular style is very popular among older Millennial women. The deep leathers and lightened laces mesh well with a pair of dark, tailored jeans, a three-wheel baby stroller, NIV Bible, and a copy of Crazy Love by Francis Chan. 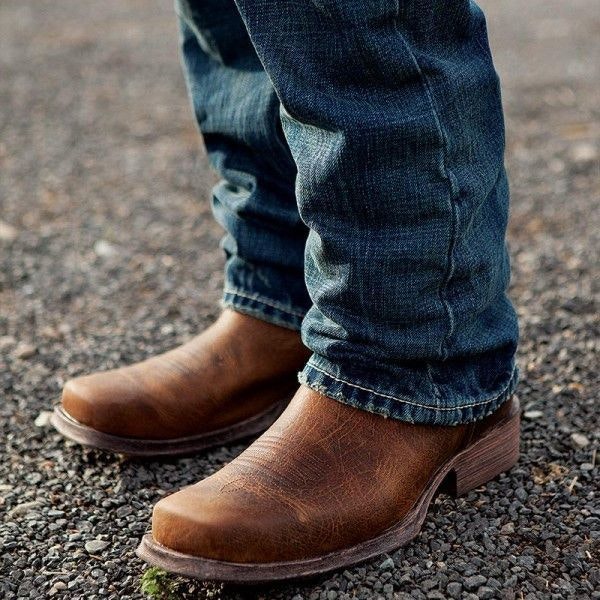 The “BGG” also comes in a Southern style, which is nearly identical to the original. The “BGG South Edition” comes complete with boot-cut jeans, a red and black flannel shirt, an officially licensed SEC team hat, and a copy of What He Must Be by Voddie Bauchum.

Now ladies, we know it can be difficult to understand Christian men. We hope that this helpful guide has been a blessing to you, and will aid you in choosing a godly man with the right walk to match your path in life.

Thank you for visiting the RAIN Drop, your source for news in the world of Reformed Christian art, music, and writing. We are here for the little guys, with interviews, artist spotlights and announcements, church and pastoral articles, and more. So come be edified and inspired, one drop at a time.